US farmer’s pros and cons of genetically modified crops (GMO)

Greg Guenther is now an enthusiastic user of genetically modified seed, despite steering clear of it in the mid-1990s, having been convinced that the USA would lose its export markets because other countries – mainly in Europe – rejected the technology.

However, Guenther changed his mind later that decade when the farm was invaded by hemp dogbane, a pernicious herbaceous weed that grows mainly in North America, and he couldn’t get rid of it with the available herbicides.

Spraying with Roundup (glyphosate) also wouldn’t work, because this would kill the soybeans and corn. At one point, some of the weed patches covered an area of 0.4ha (1 acre). 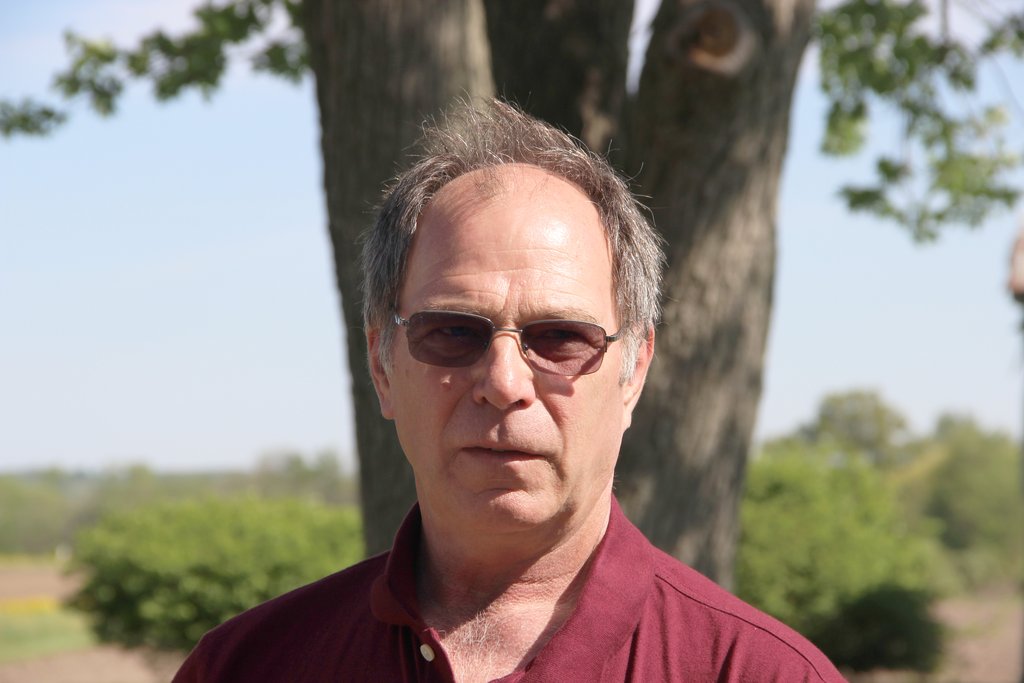 That year, despite his aversion to GMOs, Mr Guenther decided to sow 8ha of Roundup Ready varieties, so he could use the herbicide to tackle the worst infestations. This proved a success, and since then he has turned a corner, partly because GM soybeans and corn are easy to sell.

“If I hadn’t switched to Roundup Ready, I wouldn’t be an arable farmer anymore,” he tells Future Farming.

Mr Guenther runs a 283ha (700 acre) arable farm – which is small by American standards – with his wife, Nancy, after she took it over from her parents. They do all the work themselves, although son-in-law Joe occasionally helps out at peak times.

The soil is a mix of sand and clay, irrigation is not possible and the land, half owned by the couple and the rest rented from family and neighbours, is given over entirely to genetically modified soybeans and corn.

Mr Guenther explains that he wouldn’t go back to the pre-GM era. “It’s made our job a lot easier. We apply liquid nitrogen fertiliser before planting, which burns off all the weeds, and then we spray once with the residual herbicide AAtrex (atrazine) and once with Halex GT, a combination of glyphosate and mesotrione – the active ingredient in Callisto. It’s enough to keep the corn weed free all season long.”

He sprayed many more substances before he began growing GM crops, including Basagran (bentazone) for corn, Blazer (acifluorfen) for soybeans, and pyrethroids against insects. There are also fewer problems with erosion, because the soil is no longer disturbed by tilling.

As well as conferring herbicide tolerance, the GM corn contains the Bt gene, so it produces its own Bacillus thuringiensis protein, rendering chemical spraying against corn stalk borer and rootworm unnecessary. GM crops are much more environmentally friendly than non-GM ones, Mr Guenther adds. “Using genetically modified seed makes my harvests much more reliable. Stalk borer and rootworm can cause a lot of damage if insecticide spraying doesn’t work, or if you leave it too late.”

Pros and cons of Roundup Ready varieties for Greg Guenther

Glyphosate-resistant weeds first appeared in the USA in 2000 and since then, numbers have grown rapidly. According to agrochemical company DuPont, there were 16 resistant species in 2016, with populations in 38 out of 50 states and about half of US farmers now facing problems with them.

Biotech companies such as Monsanto, Syngenta and Dow Chemical have responded to glyphosate-resistant superweeds by developing new GM crops tolerant of other, often older and more toxic active ingredients such as 2,4-D, dicamba, glufosinate (which is banned in the EU) and the 4-HPPD inhibitors contained in products such as Callisto and Laudis.

Mr Guenther has no problems with glyphosate-resistant weeds at present, so he uses Roundup Ready rather than multiple-herbicide-resistant varieties. He says farmers with resistant weeds have only themselves to blame. “It mainly happened to farmers who sprayed in lower doses and didn’t carry out cultivation and other measures to prevent resistance developing.”

He also has little time for urban opponents of GMOs. “All the research shows that they’re not hazardous to people or the environment. Mr Spock in Star Trek once said: ‘A difference that makes no difference is not a difference.’ That goes for genetic technology, too. GM corn is basically just corn.”

GMOs divide farmers and the public

Biotech companies such as Monsanto and Syngenta say GMOs are sustainable and according to the US Department of Agriculture (USDA), they cut farmers’ use of herbicides and insecticides by 90% and 66%, respectively. They also reduce their carbon footprint by making tilling much simpler and less frequent.

The USDA also says GM crops have quickly replaced conventional, non-modified ones in the USA. Herbicide-resistant varieties accounted for 94% of all soybeans grown in 2016, followed by corn and cotton at around 90%. Over 80% of corn and cotton also contains Bt technology, which enables the plant to make its own natural insect-killing protein.

Although consuming GMOs has not been linked to any adverse health effect in humans over the 20 years since their introduction, many consumers in the US and elsewhere still have concerns about the idea of tinkering with plant DNA and regard them as “Frankenstein foods.”

Plans for field tests with GMO wheat in Australia

Could a fungus help farmers reduce pesticide use?

Who’s your personal Ag Robot of the Year? Vote now!